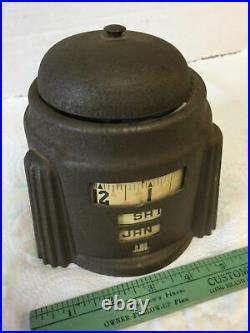 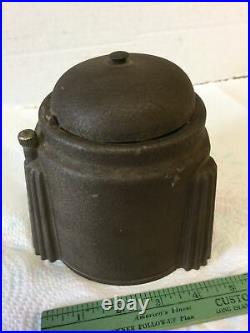 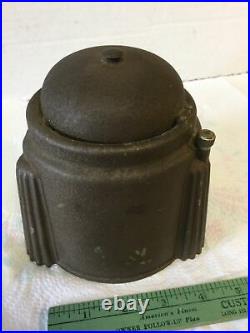 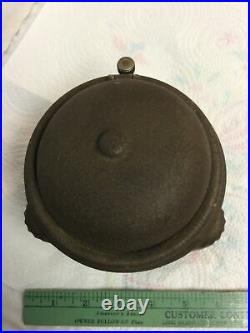 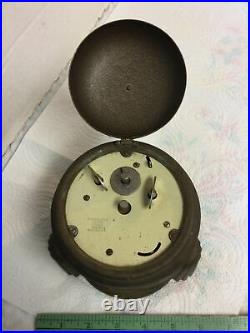 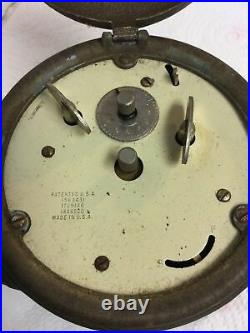 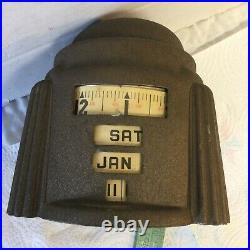 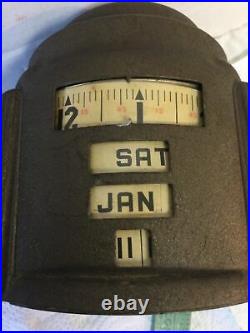 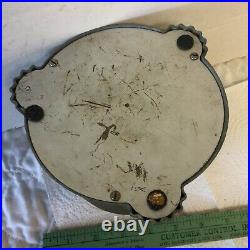 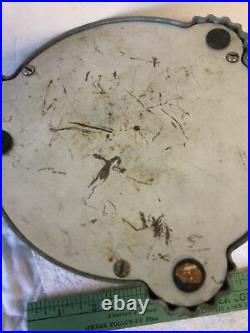 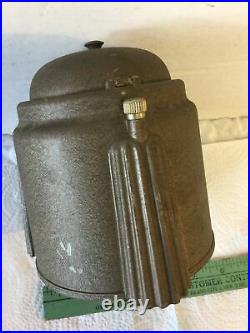 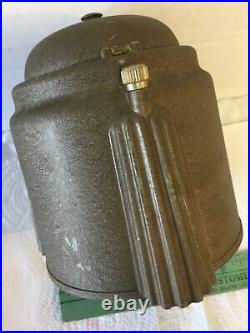 Vintage Westclox Art Deco Observatory Tape Measure Rotary Clock 1930s Era Manual Wind-Up Type. Patent 1563431, measures about 6 tall, weighs 2 pounds 4 ounces. The chime alarm works fine but I could not get time to tick more than a few seconds. It will need to be services hopefully just needs to be cleaned and oiled. Cosmetically is looks very fine clean complete. See my 12 photos. Kal Klok Westclox “tape measure” clock with calendar, in the form of an observatory. The upper opening in the side shows the time on a rotating dial. The next three openings are for the day of the week, the month, and the day of the month. These three calendar dials are manually set (the clock does not operate them). Finish: metallic bronze crinkle paint Time and alarm movement made by Westclox in November 1938 The top opens up for setting the time and alarm. The top plate inside the top cover has these three patent numbers and lettering: PATENTED U. 1563431, 1709146, 1848520 MADE IN U. The three patents are Westclox patents, issued in 1925, 1929 and 1932 respectively. The first two deal with gear manufacturing machines, and the third is for a movement timing machine. The time display and alarm function are powered by spring-wound clockworks patented by Western Clock Co. (Westclox) although the Kal Klok is believed to have been manufactured by Howard Clock Corp. Marketed as the Kal Klok, this rotary calendar clock was designed by Herbert W. Lamport and patented in July 1938. It has a cast metal case and ivory painted finish. Winding/setting knobs for alarm and time are concealed under the hinged domed lid. The upper opening in the clock case displays the time on a rotating tape measure-like dial. Windows below display the month, day, and date. The three calendar dials are manually set (not operated by clock movement) using a knob on the back of the clock case. Height, 5 1/2 in. X 5 3/8 in. Key wound 30-hour movement. Although this looks like a Lux Clock Mfg. Rotary clock, it was not made by Lux. The three patent nos. On the Kal-Klok pertain to the movement only, and all are assigned to the Western Clock Co. The Kal Klok wasn’t manufactured by Westclox either, but probably by the Howard Clock Corp. Howard was owned by Joseph C. Morris and Jim I. Silvers, who are listed as assignees on Lamport’s Kal-Klok patent. The Kal-Klok was available in ivory, bronze, and Chinese red finishes, often with wrinkle paint. I’ve seen them with a nickel/chrome finish as well. The item “Vintage Kal Klok Westclox Art Deco Observatory Tape Measure Rotary Clock 1930s” is in sale since Sunday, October 17, 2021. This item is in the category “Collectibles\Decorative Collectibles\Clocks\Alarm Clocks & Clock Radios”. The seller is “spooknook” and is located in Weymouth, Massachusetts. This item can be shipped worldwide.